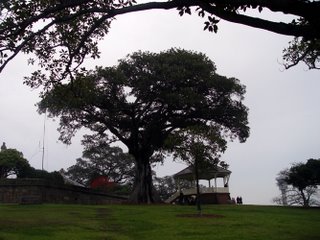 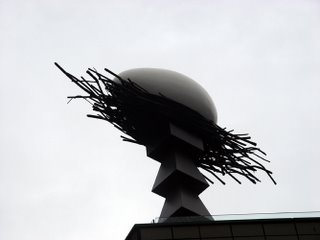 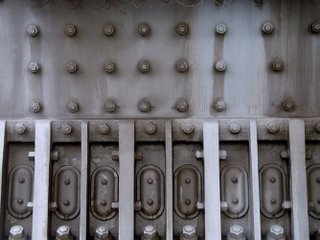 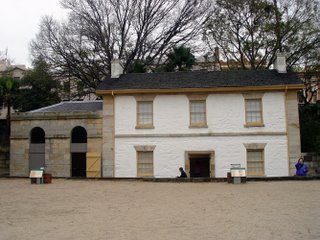 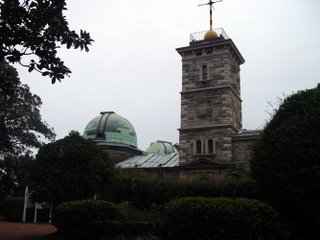 Today started out pretty late. We were originally going to go on a city tour, but because we were out so late last night, decided to bag it. The tour started awfully early, and we were very tired from the escapades of the day before.

It was a pretty damp and grey day, but we didn’t let that stop us from having a good day out and about.

We headed into town after lunch and found the Apple store. They sold me a new brick—I have POWER again—and mentioned that our travel insurance would cover it. Get this, the same block for all Apples works in every country, you just need the appropriate plug! Because every apple block comes with a snap in short cord and a long grounded cord, BOTH Paula and my laptop can now be powered via local power (without conversion). Its times like this that I think that Apple rocks.

After the Apple store we headed down to “The Rocks”, an area of town down by the bay where prisoners were greeted and incarcerated. This house, Cadmen’s Cottage, was habitated by a man who was sentanced to death for horse thievery. The Crown ended up being too busy to carry out the sentence and by the wild machinations of time ended up as governor. They say that the American Dream is only found in America, but lord—going from Felon to Governor???

We visited the observatory where there were very cool strangling fig trees.

Check out the giant egg as well. Its about the size of a car.

Finally, I took a close up study of the structure of the bridge between Sydney and North Sydney. The bridge is pretty impressive—more so in person than when you see it in pictures.

We mostly wandered. It was a shorter day. A less stressful day. A pretty darn good day.

And I have POWER! 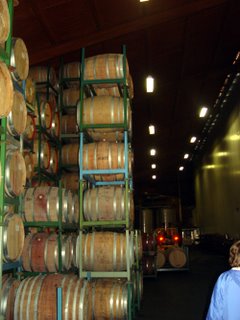 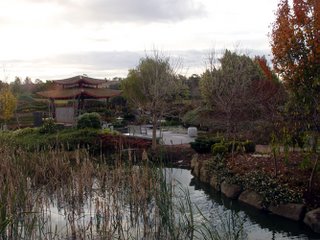 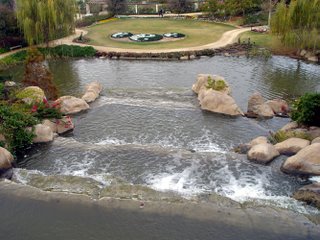 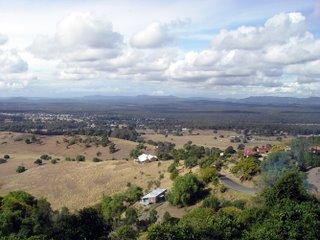 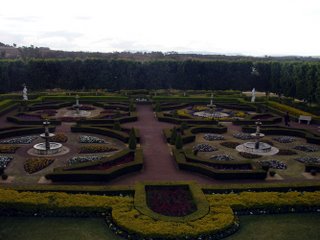 We got up very early this morning to catch an express train into town. We needed to be at the Mecure Hotel by 7:50 this morning to catch a motor coach. We headed to Hunter Valley, wine country, for tours and tastings. After several hours on the coach, we saw a variety of different animals like kangaroos and wombats (and more common critters like cows, horses, and sheep). The tour guide pointed out all manner of constructed features like old roads, run off culverts, and so on that had been build by convicts in the 19th century. In addition, he pointed out that mail boxes can be ANYthing. We saw everything from refridgerators to barrels to birdhouses that had been converted for mail use. In the U.S. you have to use certain standard boxes. Not so here.

We stopped at Mount Pleasant winery for lunch and tastings and bought a bottle of Semillon to bring back to the flat with us. We had a pretty nice meal of chicken or fish, bread and salad. I tasted just over a half dozen wines including a pretty marvelous tawny port.

After Mount Pleasant we went to the McGuigan winery. I am very familiar with the Bin 2000, which is a pretty amazingly jammy, black current, melon, slight bacony extravaganza. We didn't taste that, but we did sample about 10 different wines a few of which were fabulous. We walked out of there with a bubbly and a Sauvignon Blanc.

We purchased entry to the Hunter Valley Gardens which, even in the middle of winter, were pretty fabulous.

The trek back was pretty late--we didn't get back to the flat until 9ish this evening. We're going to skip our city tour tomorrow morning--just too much for our small family to handle in such a short time.

The day started out with torrents of rain, but cleared up nicely for the tour and began raining again pretty much immediately after the tour finished.

All in all, it was a very satisfying day. 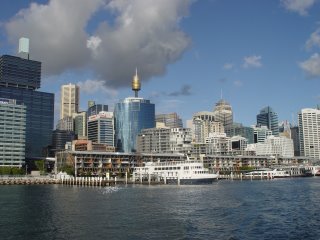 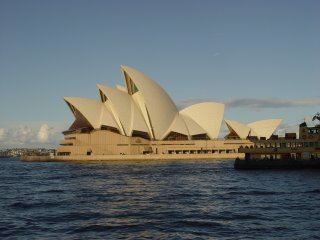 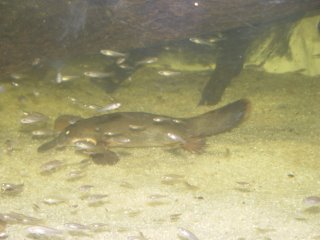 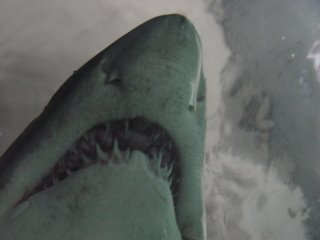 We headed to Sydney from Blacktown today by rail. The metro system is really very good. For $15 an adult can hop and hop off all day between rail, ferries, and buses.

We went down to Darling Bay to make motor coach tour arrangements for the next two weeks. Tomorrow we head to wine country for tours, tastings, and gardens. We had a picnic lunch by the water and headed to the aquarium where we were greeted to a palatypus. What an exceedingly cool animal. They also have some of the best exhibits of sharks that I think I've ever seen. After a couple of hours with the fish, we hopped a ferry to the Circular Quay and walked over to the Sydney Opera house. We'll do a tour another day, but even walking around the exterior was pretty amazing. 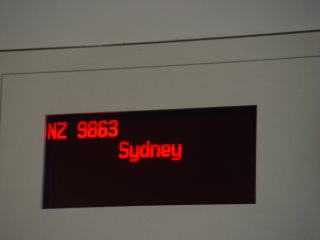 I learned a valuable, if painful lesson, today regarding shifting first class suites into bed-mode. ALWAYS double check to make sure that everything you care about is out of the way of the seat and the front table. The motors that control the chair are very powerful. I had set up my laptop to recharge while I took a little nap. Unknown to me was that my power-brick was caught between the seat and the immovable table. The result is a crushed (and useless) power supply. Luckily Paula brought her laptop meaning that we have one useable computer.

As we flew into Sydney, the opera house seemed to glow in the darkness. It was an amazing site and I wish that I had been able to take a photo. Electronics were relegated to the off setting by that time.

As an aside, it turns out that we crossed the International Date Line in such a way that we skipped 06/06/06-a source of anxiety for some it seems. It is odd to have left a place on the 5th and11 hours later to be arriving on the 7th.

We found our flat today and several grocery markets. We have a enough food for about a week in our fridge. The flat is a fine home base. It has two bedrooms, two bathrooms, a kitchen and combined livingroom/diningroom. I have one huge bone to pick. They advertise broadband Internet in all rooms (a selling point for us) but really have no Internet access at all. We had to buy a dialup account today which is as slow as mollases.